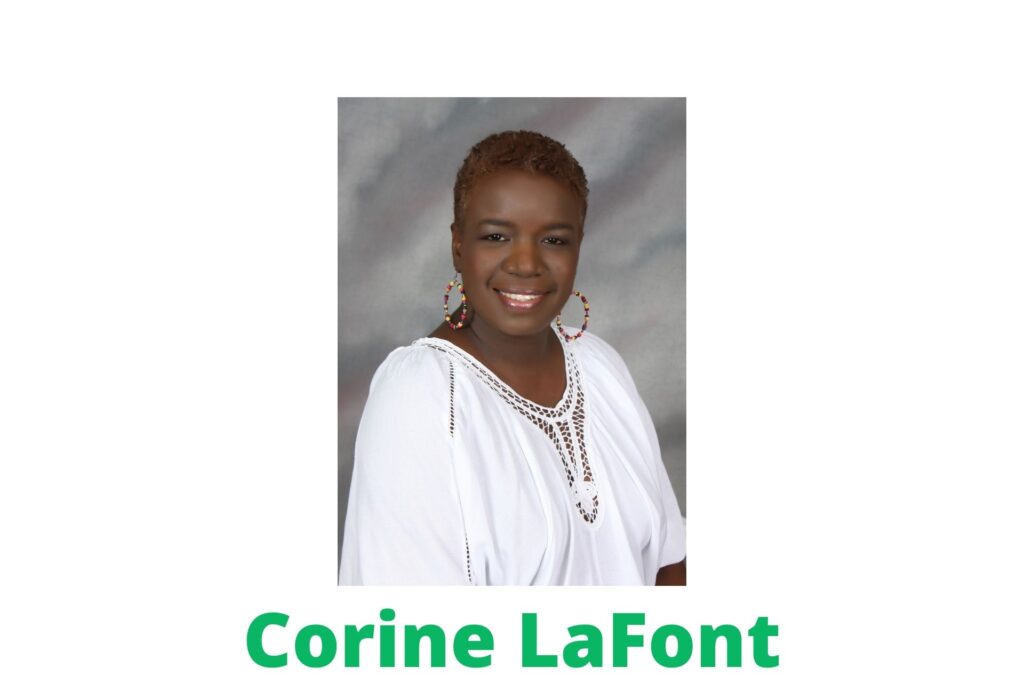 Corine La Font is a female PR and communications consultant from Trinidad and Tobago. She’s a fellow podcaster as well as a speaker, an author and online business coach. In about 1977 or so, Corine migrated to Jamaica and later got her degree in human resource development from the University of the West Indies. Her move to Jamaica presented her with different opportunities to grow, invest in herself, and try out new things like writing, editing and marketing for various individuals and companies on a large scale. Some of her works include editing books, book covers, manuscripts, eBook formatting, print, and audiobooks.

While several people have questioned her move to Jamaica, she explains that at the time, two reasons caused most Trinidadians like herself to move to Jamaica: to study at the University of West Indies (especially medical students), and/or for an opportunity to meet “the one”. Hers was the latter because she had already met her partner in Trinidad during her first undergraduate study. Corine talks about the challenges of immigrating to a new country. Living in Jamaica taught Corine a lot of things and sharpened her in many ways, and she encourages current and intending immigrants to be open-minded to growth and change. Having lived as an intra- immigrant in Jamaica for 21 years, Corine lays emphasis on the existing cultural differences between Jamaicans who are more “aggressive” than Trinidadians and tend to treat them differently.

Nonetheless, through it all, these experiences helped shape and prepare her to be the woman she is today. The woman she has become has also encountered some resistance and push-back from some of her folks in Trinidad. Corine explains that traveling to different places broadens one’s mind and exposes them to thinking multidimensionally due to numerous interactions from people from a different race, ethnicity, or culture. She further highlights the conflict that naturally occurs when an immigrant returns to their roots and people look at them differently because their perception of matters has been changed.

As a result, one must be prepared to lose some friends along the way as a result of this new person they have become. She encourages immigrants to remain authentic by scrutinizing themselves to determine if they are truly comfortable in their new identity regardless of the opinions of others for one must keep moving in their journey. When asked about what factors empowered and emboldened her in Jamaica, Corine explains that the highly competitive and driven nature of the Jamaican environment propels you to be aggressive and stay driven. She compares the difference in attitudes between those living in Trinidad as more laid-back than their counterparts in Jamaica who are more motivated to succeed in life. Moreover, the system in Jamaica is such that favors the rich to remain rich, and the poor to remain poor; hence, “it is a constant fight”.

In an environment like Jamaica, as an immigrant, “you can’t be passive, you can’t be passive in a society like that because people will sense it, see it, smell it, feel it, and they are going to take advantage of you.” Corine adds that Jamaicans are very resilient given their history during the time of slavery and describes Jamaicans as survivors who would thrive in any environment they are thrown into. Corine attributes her ability perform different roles to the culmination of experiences since her immigration to Jamaica in her early 20s.

Lastly, when asked if Corine considers herself a success, she affirms that she does because she is comfortable in her own skin – her identity which is not found in the various offices she holds, but in God. She believes that people should know her for who she is as a person and not by the labels of her job descriptions. Corine can be easily accessed on her website – lafontandassociates.com which also provides her phone numbers, and information on her various social media platforms.

Copyright © 2022 Chatting With The Experts